Poland As a Barrier en Route to Europe 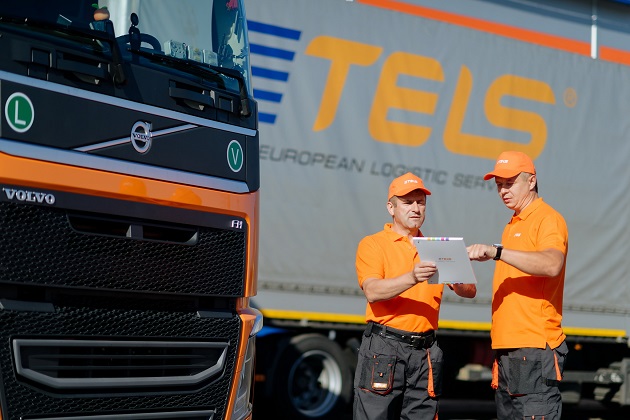 At the same time, Polish carriers have enough Ukrainian permits to cover customers’ needs in transportation to/from Ukraine, but the price for their services is much bigger.

“The situation in the freight market from/to Poland–Ukraine has repeated in the past several years, but it is getting worse each year. Poland reduces the number of permits for Ukrainian carriers against the growth in the freight market explaining this by the desire to increase the share of Polish carriers in the Ukrainian market. But in fact, Polish carrier will become interested in Ukraine only after the increase in freight rates by 25-30%. At the end of the previous year when the permits were over and the market was in a state of near panic, they sold the remaining permits at 400-500 euros. Freight rates increased by 50-70%, or even 100%. What will happen this year? The situation might repeat again,” said the employees of Kiev office, TELS Group of Companies.

It’s important to bear in mind that the geography allows Ukrainian carriers to be a little less dependent on Polish permits for transportation to/from Europe unlike Russian and Belarusian carriers.

In 2019 Poland reduced the quota on transit permits for road transportation for Belarusian carriers by 4% over 2018 even though Belarus requested a 10% increase. The Head of Road Transport Department of the Polish Ministry of Infrastructure replied then: “We have adopted a policy of reducing quotas for non-EU states”.

The meetings of the Russian-Polish mixed commission for the exchange of permits for international road transportation have already become an annual repetitive show when the parties finally agree after several rounds of negotiation running the risk of having no time to settle the matter by the beginning of the year. This has already happened twice: at the beginning of 2012 and 2016, Russian carriers had to map new routes bypassing Poland and using ferries, which increased the costs and reduced their competitive advantage – all this while the parties were reaching agreement.

To be fair, it’s worth to note that the negotiating positions of the Russian side were much more profitable until 2014 and the situation was quite the opposite as every year Polish carriers asked the Russians to increase the number of the always-insufficient-permits “from/to third countries”. However, the number of such permits had been decreasing since 2005. The situation changed after 2015 when Polish transportation companies switched to a more comfortable EU market against the crisis in Russia, sanctions and other restrictions, and the Russian market became of less interest for them. At that point, Russian carriers became supplicants without much success. As it stands, the Polish side can take a tough stance in negotiations and demand more favorable conditions.

How do market participants solve this problem?

For large transportation companies, redomiciliation to the EU countries becomes one of the ways to solve the problem with the lack of Polish transit permits.

“The annual reduction of Polish permits for transit road transportation prevents us from developing and increasing the volume of traffic according to customers’ requirements. Opening a new office with its own fleet in the Czech Republic is one of the ways to minimize the problem. Car registration in the Czech Republic helps lift almost all transit restrictions related to transportations via Poland, and there are no problems with bilateral permissions between the Czech Republic and the Russian Federation,” said Andrey Abragimovich, Director of Transport Business, TELS Group of Companies.

As it stands, middle-size and large freight forwarding companies are becoming more attractive logistics contractors with more opportunities to solve problems with the shortage of transport on certain routes by means of alternative logistics schemes. Contracts with logistics providers implying fixed prices for services during a certain period help cargo owners avoid unexpected expenses during a sharp increase in freight rates.

Customers of consolidated shipments are almost insensitive to the problem of the shortage of permits as transportation is carried out in two stages – as a rule, to a consolidation warehouse in Poland or Lithuania and then to the destination country (the forwarding contractor solves all the problems with the best route and carriers).

The gravity of the problem is also reduced for consolidated shipments of certain goods requiring labelling in accordance with the EEU labeling regulations. Transportation is also carried out in two stages and the cargo is unloaded to the warehouse in Poland, Lithuania or Belarus for handling (each stage implies the selection of a carrier).

In other cases, customers searching for FTL services and having no long-term contacts with logistics contractors must be prepared for a significant increase in logistics costs from/to the EU at the end of the year.