The dynamics for the total volume of goods imported from the European Union to the CIS countries by road in January-May 2016 against the same period in the previous year remains negative; however, the decline rates are decreasing each month.

In January-April 2016, import freight market between the EU and the CIS (to Russia, Ukraine, Belarus and Kazakhstan) decreased by 1.6% against the same period in the previous year (at first quarter-end, the negative dynamics was greater). The volume of imports in January-May 2015/16 showed negative dynamics with -1.2%.

Positive improvements in the dynamics due to imports to Russia and Ukraine compensated for the negative dynamics for imports to the Republic of Belarus. 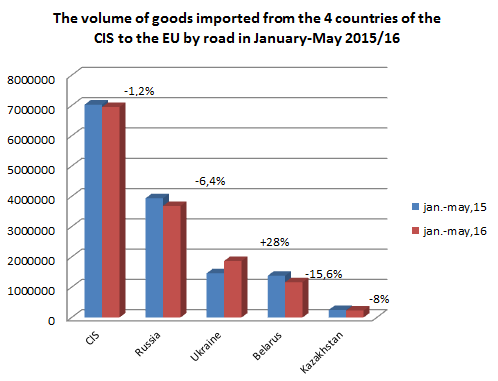 At the same time, the volume of goods exported from the CIS (Russia, Ukraine, Belarus and Kazakhstan) to the countries of the European Union showed certain, though insignificant, slowdown: +19.9% in January-April 2016 against the same period in the previous year and +19.2% in January-May 2015/16. 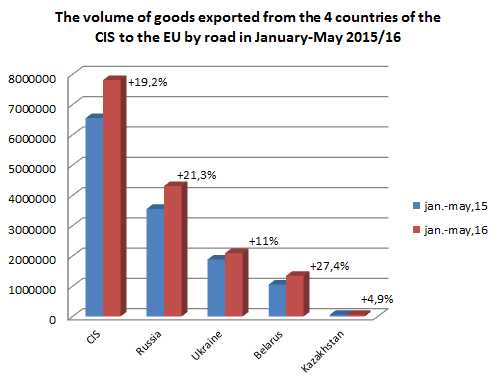 Marketing Department of TELS group of companies, according to the data taken from Eurostat