In 2015, the market of oversized cargo transported by road from the countries of the EU to the Russian Federation decreased by over 30% against the year 2014.

In 2015, 256.8 thousand tons of oversized industrial machines and industrial equipment were imported by road from the EU to Russia, which is 32.4% less than in 2014.

At the same time, import of industrial machines and equipment from the Netherlands to Russia grew by 3.2% (up to 16.8 thousand tons). 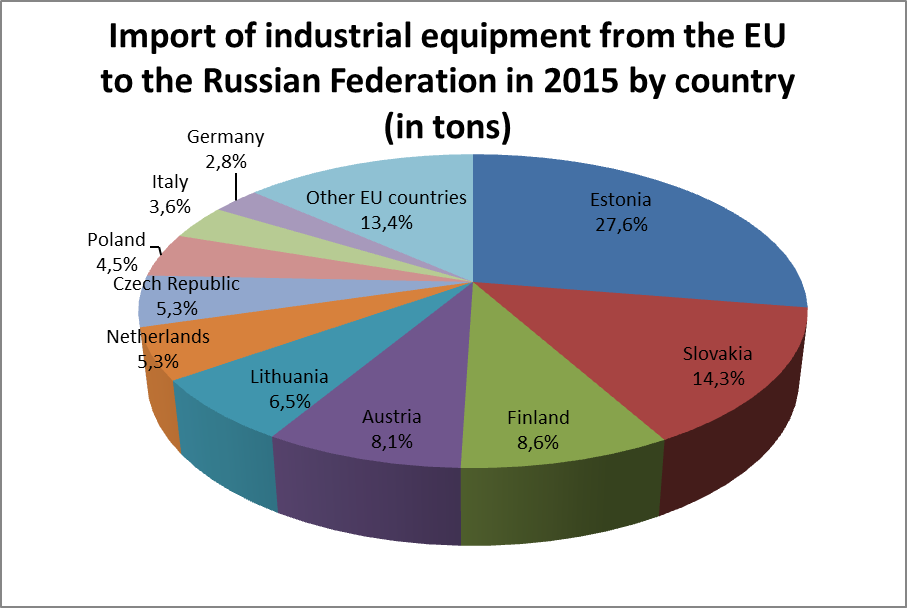 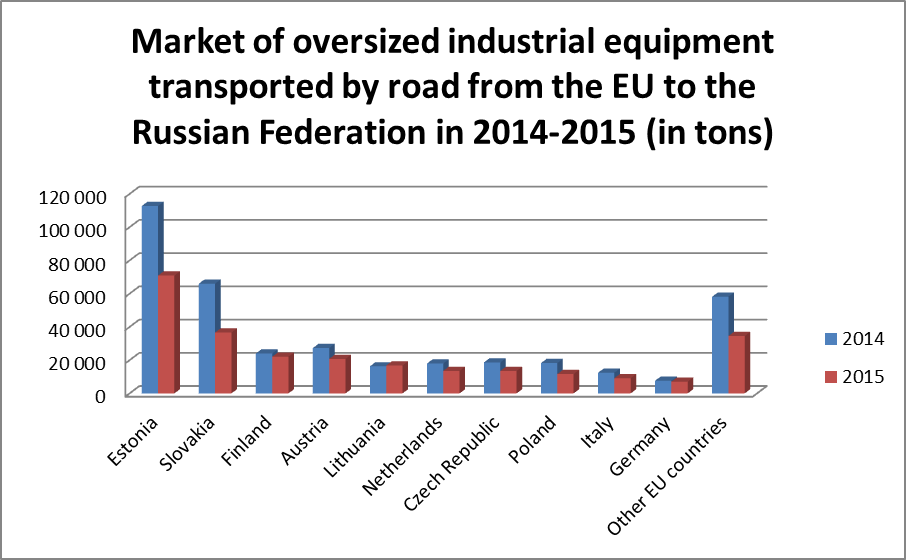 The major reasons for the decrease in import of industrial equipment from the EU to the Russian Federation is the economic crisis in Russia intensified by European sanctions. This resulted in the following changes:

In 2015, 100.2 thousand tons of building and road-building machines were imported by road from the European Union to Russia, which is 45.6 less than in 2014. The major suppliers were Germany, Italy and Poland.

The reduction of import of road-building machines from the EU to the Russian Federation (besides the above-mentioned reasons) resulted from the following:

In 2016, significant changes in this market sector are not expected. Provided certain sanctions are lifted, the investment activity may improve, however this is unlikely to bring revolutionary changes as the crisis in Russia is domestic and systematic (in particular, it hinges on the prices for energy resources). According to some experts, Russia is likely to revitalize its economic growth in the year 2016 if oil prices grow.