EU’s import of wood from the Russian Federation in 2015

In 2015, the EU’s import of wood from the Russian Federation markedly decreased in volume terms, whereas wood transport by road increased.

In January–November 2015, the EU’s import of wood from Russia totaled 9,791,000 tonnes, which represents a decrease of 13.3% in year-on-year terms. The same period saw a significant redistribution of freight traffic between modes of transport.

Finland accounted for more than half (58%, 2,066,000 tonnes) of the total wood import from Russia delivered by road in January–November 2015. With its long land frontier with the Russian Federation and convenient seaports in the Baltic basin (to transship wood farther to North, Central, and Western Europe) Finland is the chief importer of Russian wood. Wood deliveries to Finland by road went up by 7.2% year-on-year in the first 11 months of 2015.

The second-largest importer of Russian wood is Estonia, with a share of 9.1%, or 323,000 tonnes in volume terms in January–November 2015. Wood supplies to Estonia by road edged up by 2.4%.

Germany’s import of Russian wood increased for both sea and road transport. Import supplies by road increased by 6.6% year-on-year in January–November 2015, to reach 292,000 tonnes, which represents a share of 8.3% of overall wood supplies by road to the EU. 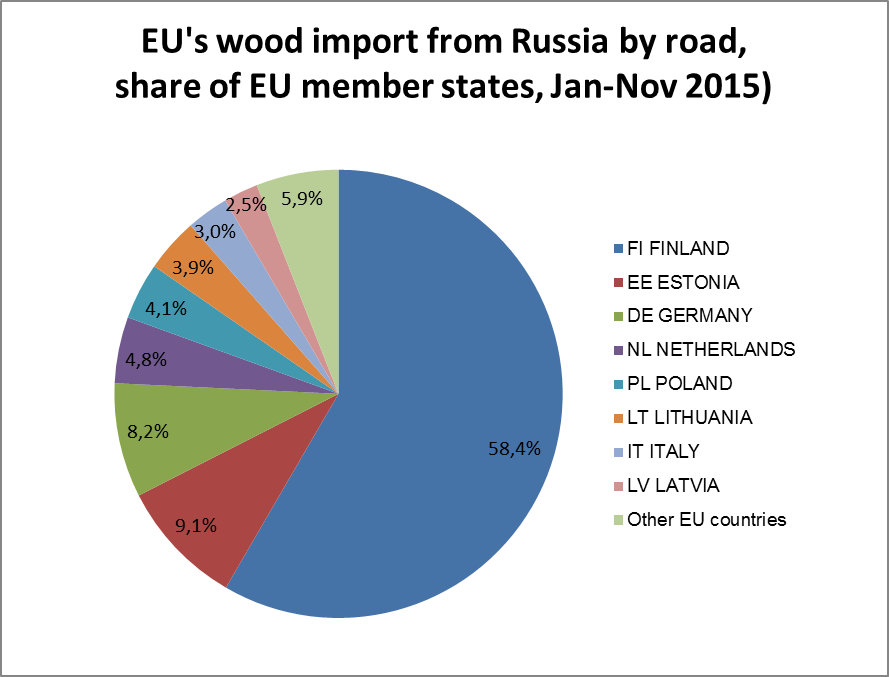 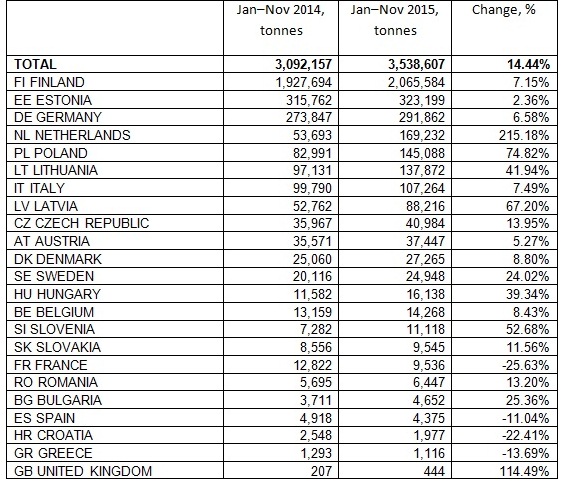